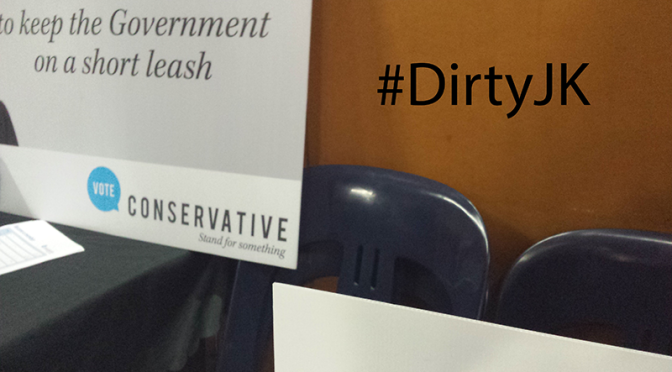 Never did we dream that our second post on this site would be on a topic that may end the political career of Prime Minister of New Zealand John Key.

Famous Kiwi investigative journalist Nicky Hager has just a few hours ago NZST, released an explosive new book called “Dirty Politics” that implicates the office of the Prime Minister and his Press Secretary, Cabinet Ministers, and other political figures in the seemingly routine leaking of information which allegedly may include information obtained from sensitive intelligence documents to Canon Media Award-winning right-wing blogger Cameron “Whale Oil” Slater.

It seems Slater has been caught out creating AstroTurf media by regurgitating not only information from the sitting Government but apparently also publishing word-for-word spin sent to him by shady corporate figures including the tobacco industry.

More shockingly, the Prime Minister’s office is alleged to have participated in not only the leaking of material for political motives, but the compromising of Labour party computers in order to facilitate the aforementioned.

Even more shockingly, the involvement of ex Minister of Police, now Minister of Justice Judith Collins, who has previously been outed by ‘The Listener’ regarding her leaks to media (saying “I do ring people up and give them stories, because, gee, I guess I think that’s my job…”), takes this to another level and suggests that this may snowball to become one of the biggest political scandals in the history of New Zealand – because Judith Collins is the sponsor of cyber-bullying legislation that was supposed to prevent exactly the type of bullying that WhaleOil engages in at the apparent behest of Judith Collins herself and a host of other established Parliamentary figures.

According to the Stuff.co.nz April 2013 article, Judith Collins’ “legislation will make it an offence to send messages or post material online that is grossly offensive, indecent, obscene, menacing or knowingly false. That sort of material will be punishable by up to three months’ imprisonment or a $2000 fine.”

Considering the extreme and offensive nature of Cameron “WhaleOil” Slater’s targeting of an alleged rape victim and his disgusting references to Pike River Mine victims/their supporters, what an ironic situation the NZ political and media jetset now find themselves in.

As many media commentators have noted, the revelations are mind-blowing and are only just unravelling. Until we have read the book for ourselves and seen how things play out over the next 24 hours, we will use this post to archive the information that is becoming available in the public sphere.

Media & commentary is also being aggregated on the Twitter hashtag #DirtyJK – a euphemism combining the title of the book “Dirty Politics” with the initials of Prime Minister John Key and the internet colloquialism for “joke”, which is exactly what has been made of WhaleOil’s blog and of the Ministers/political lackeys engaged in such underhanded backroom behaviour.

There have already been several calls for the resignation of the Prime Minister in the event that these allegations are proven, including from Helen Kelly, President of the Council of Trade Unions.

Official website of the book, “Dirty Politics” by Nicky Hager

Statement from Unity Books over book selling out\

The many facets of the covert attack machine run by the National Party and its allies. #dirtypolitics by Nicky Hagar pic.twitter.com/dVzd1Vuey9 — Denis Tegg (@denistegg) August 13, 2014

NZHerald:
– “Hager book: ‘You Will Not Believe What You Read’”

Martyn Bradbury’s The Daily Blog:
– “How Attack Politics Is Poisoning New Zealand’s Political Environment”
– “What Hager Has Revealed With SlaterGate and NixonKey”
– “Dirty Politics Investigation – Let The Public Be The Judge”

Lawfuel:
– “Hager and the Hacked Emails”

The Political Scientist:
– “Media narratives – a field experiment and a Litmus test”

Geoffrey Miller:
– “How did Martyn “Bomber” Bradbury know what was in Dirty Politics?” (plus answer from Martyn)

YourNZ:
– “Dirty Politics must be cleaned from the top”

FightBack:
– “The WhaleOil leaks – Anti-politics from above”

And a nostalgia tweet from Cameron “WhaleOil” Slater himself:

Whitcoulls staff say the last book to sell out as fast as #dirtypolitics was the final Harry Potter @ONENewsNZ pic.twitter.com/glpLh4kXK2