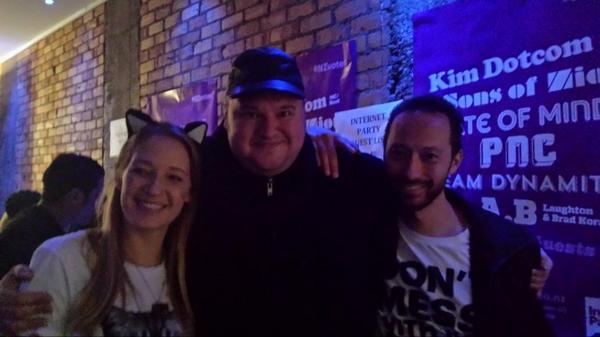 NZ’s largest gossip columnist, Rachel Glucina, hijacked the above picture (which had been donated to Occupy New Zealand by unpaid volunteers) and used it as the basis of a sloppy, snide attack on Miriam, published by the NZ Herald website, New Zealand’s most well known print and online “news” publication.

Unfortunately for Rachel Glucina, Miriam’s fellow Internet Mana Party candidate Chris Yong spotted the article and recognised the uncredited photo as having been lifted from a #PartyParty livetweet by Occupy NZ admin @endarken that had been retweeted by Kim Dotcom.

Repeated attempts by @OccupyNZ to extract an apology out of both Rachel Glucina and the NZ Herald resulted in stone cold silence from the perpetrator(s), yet the article underwent a series of bizarre online changes – from publishing the pic with no attribution and bizarrely referring to Kiwi rock legend Chris Yong as “Tim Yong”, to later falsely attributing the pic to @chrisyong, to his chagrin, to then backtracking and deleting the pic altogether. Consequently the Occupy NZ Media Team created the below infographic to timeline the metamorphosis. 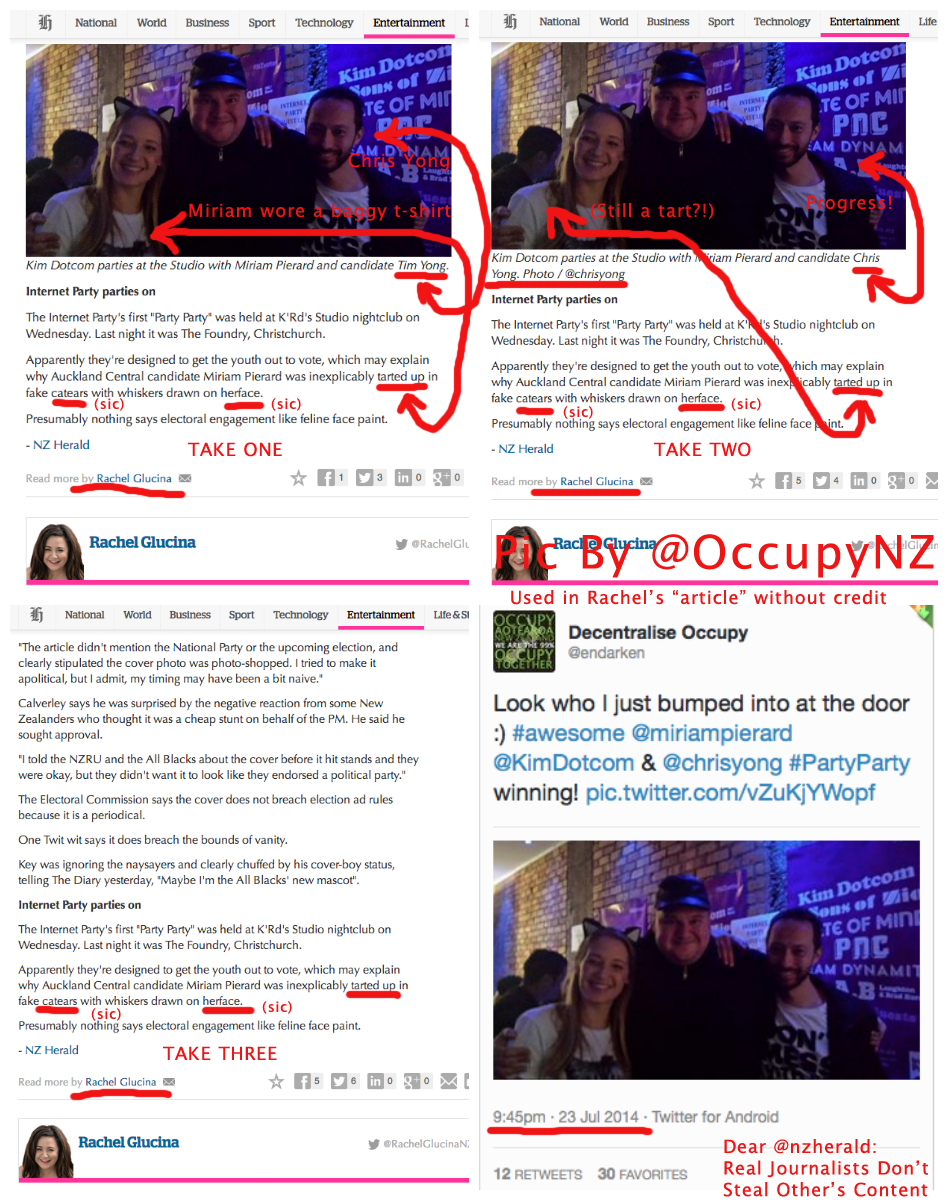 One might wonder what stake Rachel Glucina had in presenting the very girl-next-door Miriam as tarty when in reality Miriam was wearing a baggy t-shirt and leggings. Perhaps if Rachel had better scrutinised the photo she published unaccredited as if it was her own, she could have seen that the image itself actually disproved her baseless assertions.

Once the photo was eventually removed, the remains of the article made little sense. Perhaps the only sense to be made of Rachel’s motives at all, is the content that appeared above her hit piece on Miriam – a shallow dissertation where she brags about having enjoyed a helicopter ride with the recently convicted ex-Minister John Banks, immediately followed by a gushing promotional piece on the Prime Minister, John Key. Incidentally, Mr Key also has a dubious past where copyright is concerned.

John Key is of course, the Minister in charge of the GCSB (NZ’s NSA) and arch-nemesis of Kim Dotcom – Internet Party visionary and MC of the event at which the photo Rachel Glucina misappropriated, was taken.

The corporate media in New Zealand and its spin doctors have made much of Kim Dotcom’s alleged copyright violations – yet so far have failed to expose Rachel Glucina’s.